One on One with Eilis O'Neal

About Eilis: The Short Verison :)
"I’m a writer of fantasy and the Managing Editor of the literary magazine Nimrod International Journal. I started writing at the age of three (though the story was only four sentences long). My short fantasy has been published in various print and online journals, and you can find links to some of my stories here. I was born, raised in, and currently live in Tulsa, Oklahoma.
Random Bits:
My honest-to-God, birth certificate middle name is Arwen, which explains both the fantasy writing and what happens when you let a Tolkien-obsessed man name a child. I don’t mind it. My first name is Gaelic and pronounced A-lish.
Aside from reading, I like going to Renaissance Festivals, watching shows like Buffy the Vampire Slayer, Firefly, Veronica Mars, and Revolutionary Girl: Utena, hiking, working puzzles and playing boardgames, gardening, and generally being a geek. I’ve also started knitting recently, though sometimes I think I need two extra hands while I’m working on my knitting projects.
I have a wonderful husband named Matt, and two very obnoxious dogs, Nemo and Zuul."
Interview:
1. Was it difficult for you to get inside Sinda’s head and put yourself into her world and situation?
Actually, getting inside Sinda’s head was pretty easy for me. In a lot of ways, she’s very similar to me as a teenager. Sinda’s knows that she’s pretty smart, and that there are a lot of things that she’s good at. But even knowing this, she’s very shy and, initially, insecure about just where she fits into the world. This mirrors how I often felt as a teenager, so it didn’t take a huge leap for me to write about a girl trying to find her place in the world.


2. Where did you get your inspiration for The False Princess?
I’m a big fan of fairy tales in all their forms—from the dark, original stories to the Disney versions. One of the tropes you see so often in fairy tales is that of the princess who has grown up in obscurity, only to find out (often when she turns 16) that she’s actually a princess. I wondered what would happen if the opposite were true. If, instead of having the fairy tale ideal come true, you were thrown out of it.


3. What advice would you give to aspiring young writers?
My two biggest pieces of advice are to read and to write. Read everything you can in the genre that you want to write in, and then read outside of it as well. Look at what you think works in the books you read and what you think doesn’t. And then actually make the time to sit down and write. It’s great to have ideas for books, but if you don’t actually write them down, you won’t become a writer. I always encourage young writers to try to carve out some time each day to write. It may only be 30 minutes, but if you can get in the habit of writing each day—even when it’s difficult and inspiration seems far off—the writing will actually get easier.


4. How long, from start to finish, did it take you to write The False Princess?
It took me 7-8 months to write the first draft, and then I edited and revised for another 4-5 months.


5. Would you rather have a calm relaxing dinner at home, or a fun and enjoyable dinner out?
Well, it depends on my mood . . . . But, in general, I’d probably rather go out.


6. Did you have to do any research for The False Princess? If so how did you go about it?
I did. One of the things I had to research that I had absolutely no experience with was dying. Sinda’s aunt is a dyer, and Sinda spends the first section of the novel with her, trying to learn how to dye cloth. I knew nothing about dying, and so I had to do some old fashioned research on plants that can be used for dying and dying techniques. I mainly used books from my university’s library, along with doing some internet research.


7. What is one word that describes The False Princess?
Surprising.


8. Is it harder to write a book or to get it published?
They’re both hard in different ways. One thing that they both take, though, is determination and patience. Whether it’s working through a rough patch in your novel or moving on from the multiple rejections that most people receive before getting a novel published, you need a hefty dose of both.


9. Are your characters based off family or friends?
Not directly, although I think that every writer is influenced by the people around her. The one person in The False Princess who is most closely based off a real person is Philantha. She has some similar qualities to my boss—both are scattered but loveable.

10. How did you come up with or decide on the names for your characters?

Trail and error, really. Some characters appear with their names pretty much intact, but others take a lot of
fiddling. Often, the names have a sound that conveys something about that character. Nalia, for instance, has a very soft, fairy-tale princess feel to it, while Sinda sound harder and a bit more practical to me.

11. I saw that you enjoy Renaissance Festivals… do you dress up for them? If so what do you dress up as?
I do! Dressing up is the best part for me. My outfits tend to have a piratical feel to them—tall leather books, a big hat with a huge feather. And I recently got a new corset with long tails, so I look even more like a pirate queen now.


12. What is something most people wouldn’t know about you?
I make up silly songs about my dogs. Like, all the time. Christmas is a very dangerous season, because all the carols get turned into songs about my obnoxious pups.


Eilis is the author of The False Princess.  I have not had the opportunity to read The False Princess yet but it looks like a fantastic story that I would really enjoy J Thank you Eilis for being here today!
You can find out more about Eilis here: http://www.eilisoneal.com/
Posted by Lauren at 3:39 PM 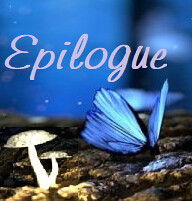 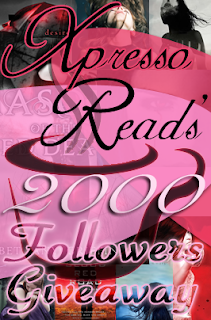